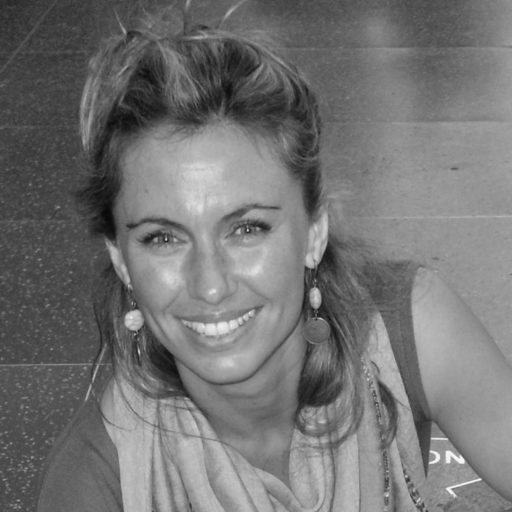 África Guzmán, International ballet teacher, Choreographer, Ballet Master and assistant of Nacho Duato’s ballets, Artistic director of Escuela de Ballet Africa Guzmán and Teacher and choreographer at Conservatorio profesional de Danza Carmen Amaya in Madrid. África Guzmán born in Madrid, Spain where she studies with her mother África Guzmán at her school and the Escuela del Ballet Nacional de España with Lola de Ávila. Former Principal Dancer with Compañía Nacional de Danza under Maya Plisteskaya and Nacho Duatos ́s direction and the Netherland Dance Theater, Guzmán has a professional career of more than 20 years. She counts in her repertoire a large number of leading roles in classical ballets of Petipa, Balanchine, Fokine, Mendez, etc and contemporary ballets working together with choreographers like Kylian, Forsythe, Ek, Naharin, Lightfoot and León, Van Manen, Elo, Inger. Africa Guzmán had a long career with CND and has played an integral role in a multitude of Duato’s work from 1990 to 2010. As one of Duato ́s muses Africa has been a pivotal dancer in both the creative and performance processes. Ms. Guzman as assistant of Nacho Duato ́s works has stage his ballets all around the globe including the Bolshoi Ballet Academy in Moscow. Ballet Nacional de Uruguay SODRE in Montevideo, Oklahoma City Ballet, Finnish National Ballet in Helsinki, Hubbard Street Dance Chicago, Mijhailovski Theater in Saint Petersburg, Stanislavsky Ballet Theater in Moscow. As a guest teacher Ms. Guzman has been invited to teach to Ballet Nacional de Uruguay SODRE in Montevideo under the direction of Julio Bocca, the Netherland Dance Theater, the Academy of Performing Arts in Prague, the School of Oregon Ballet Theater in Portland, the Joffrey Ballet School in New York, A&A Ballet in Chicago, Dance Area Jeune Ballet in Geneva., and to Sydney, Australia with the New York Dance Project. In 2000, Africa presented her first choreography for the Choreographic Workshop of Compañía Nacional de Danza in Madrid. Since then she has created pieces for Ballet West for the 2018 National Choreographic Festival in Salt Lake City, with a preview of this ballet Sweet and Bitter at the Joyce Theater in NYC, the Alvin Ailey School, Joffrey Ballet School and the New York Dance Project in New York City and the Conservatorio Profesional de Danza Carmen Amaya in Madrid, having created more than 20 ballets. Africa’s talents have led her to perform on stage as well as on film. In 1999 she filmed several episodes for Spanish television (TVE) series “Step to step with Nacho Duato”; in 2000 she filmed the DVD “Three by Duato”, in 2004, she filmed for Dutch television (NPS) “Kerst met het NDT”; and in 2010, she filmed the documentary “Nacho Danse la Danse” by Alain Deymier. Africa has been invited in the 2018 and 2019 edition to be part of the reality show FAME TO DANCE as the ballet teacher and choreographer, broadcast live on the television network #Cero of MoviStar and the YouTube channel that the program has.