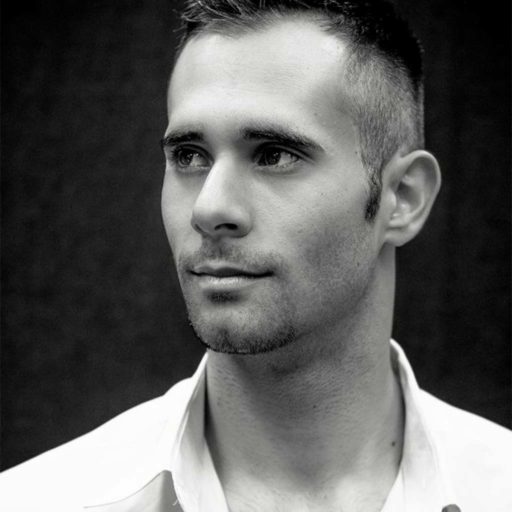 Graduated in 2004 from the National Conservatory of Portugal (EDCN) under the direction of José Luis Vieira, he obtained that same year a scholarship to participate in the «Summer Intensive» of the Juilliard School New York City. He completed his training in Switzerland at École-Atelier Rudra Béjart Lausanne where he had the opportunity to participate in three world creations with the Béjart Ballet Lausanne.
In 2006, he joined the Malandain Ballet Biarritz. In 2012, he won the 3rd Adami / Synodales Prize. In 2015, he created the Illicite Bayonne Company.

Since 2017 he has been the associate artist of the Bayonne Choreographic Platform Oldeak. He shared an evening with William Forsythe, during which he created for the Conservatoire National Supérieur de Musique et de Danse de Paris : Et si je buvais les étoiles? He is the 2017 and 2019 winner of the Caisse des Dépôts Group, which has provided significant support to his choreographic work, and the Maison Repetto has remained a fundamental partner since its choreographic beginnings.
Since 2010 he holds the State Diploma of Classical Dance Teacher. He has given workshops or internships in Israel, Germany, the USA, Puerto Rico, Switzerland, Portugal, Spain, Italy and France.