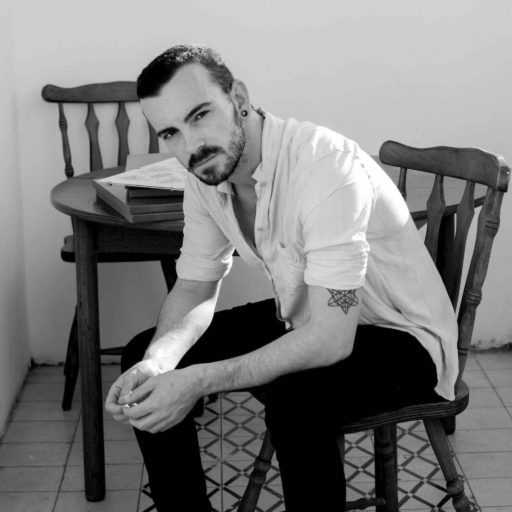 Gil Harush, choreographer, psychotherapist and a dance teacher, born and raised in Israel. Graduated from the dance department at Thelma Yellin High School of the Arts, Tel Aviv. On 2007, Harush pursued a higher dance education at the Rotterdam Dance Academy, Holland, where he created his first dance works as a choreographer and worked with notable creators and choreographers throughout Europe and Israel.
In 2010, Harush returned to Israel and established Ensemble Gil Carlos & Family, a dance and performance ensemble based in Tel Aviv. Later that year, Harush won the Israeli Union of Performing Arts award. The International career of Harush, as a choreographer, began with his first full evening creation Good Enough Parents, 2012, premiered at the Suzanne Dellal Center of Dance and Theater, Israel. In late 2013, Harush established his personal dance workshop, Exposed, for selected students, which took place first at the studios of the Batsheva Dance Company, Tel Aviv.
On 2014, Harush presented DeadyCate, which attracted attention around the world and has been presented in Israel, South America and Europe. The creation had been reconstructed for the Ballet Provincial of San Luis, Mexico, at the 50 years gala of the company. In France, this creation had brought Harush the Grand Prix, 1st price, at the international contemporary dance competition Synodales 2014. At the same year in St. Petersburg, Russia, Harush has been selected as the most influencing guest teacher by the Open Look festival, and there he presented the world premiere of his creation Perfect Pet, 2015, Alexandrinsky Theatre.
Garden – A Dance Trilogy – Harush’s 10th creation, premiered in 2016 at the Suzanne Dellal Center of Dance and Theater, Israel. By the end of the season, Harush returned to Europe and started coordinating the Area Young Ballet and a superior dance formation, Geneva.
In 2018, Harush was Nominated for the Best Creation Award of 2018, by the critics, France, for his creation The Heart of My Heart for the Ballet de l’Opéra national du Rhin. Gil Harush is portrayed as one of the most prominent choreographers of the new Israeli generation.